Final day for me at the Think Tank as I now have to head to Bergville for my second conference. I’ve just driven to a lodge near Neilspruit, from where I’ll start my estimated 7 hour journey after breakfast tomorrow to the Frugivory and Seed Dispersal conference which starts tomorrow

Today’s conference didn’t start until 10.30am, to allow for final game drives. I couldn’t resist one last chance to see the animals of Kruger, and another delegate, Dorothy, offered to use her car as I have so much driving coming up.  I gratefully accepted and we headed out before dawn.

The first half hour or so were a little disappointing and then it all started happening! 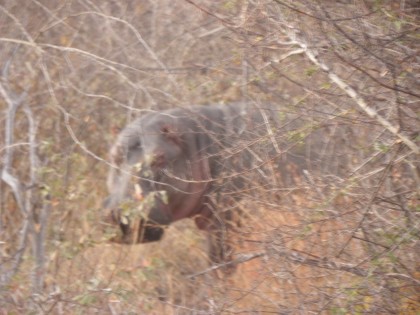 A hippo still a long way from the water after a night of grazing on land (not a good photo: low light and a lot of vegetation between us) 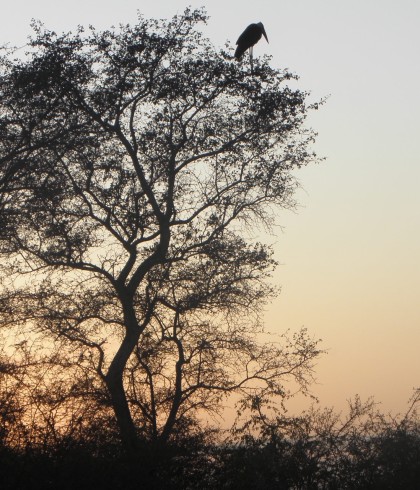 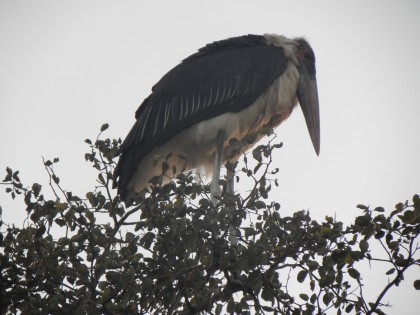 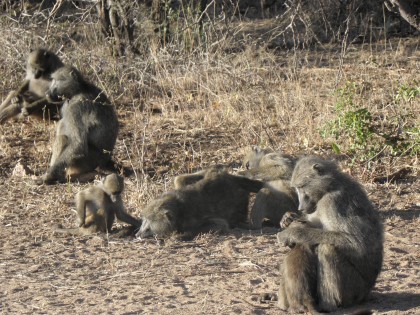 a group of baboons enjoying an early-morning grooming session 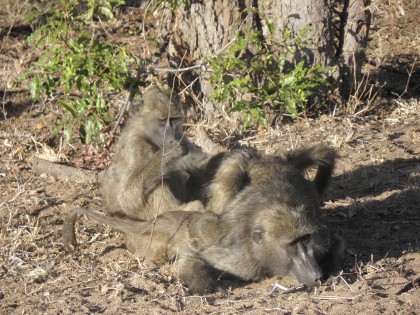 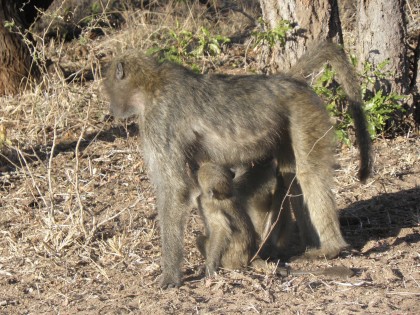 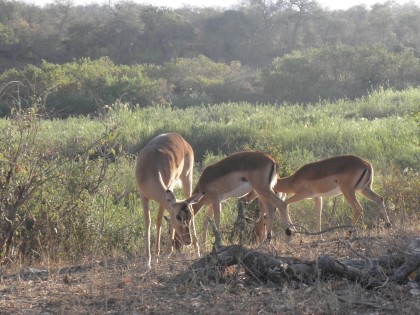 Group of dainty female impalas. Being both grazers and browsers they can readily switch foods according to conditions, which is probably one reason they are by far the most abundant hoofed animal in Kruger 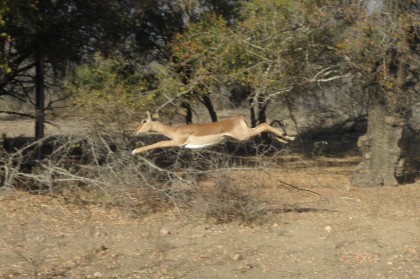 Further down the road something disturbed a couple of impala, and one made this impressive leap as they dashed on past he car 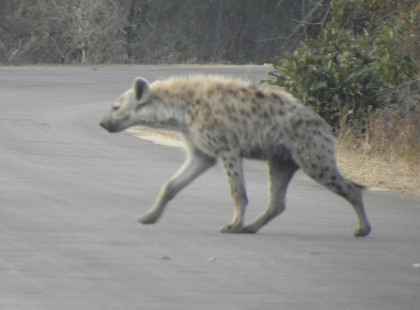 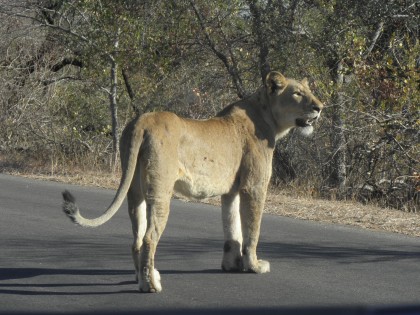 Then it was “wow! look what”s up ahead!” 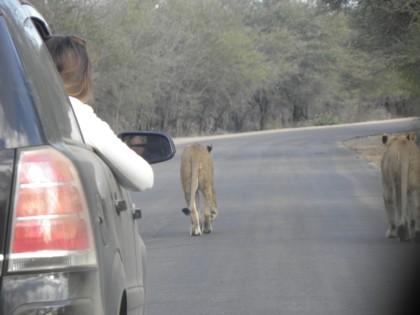 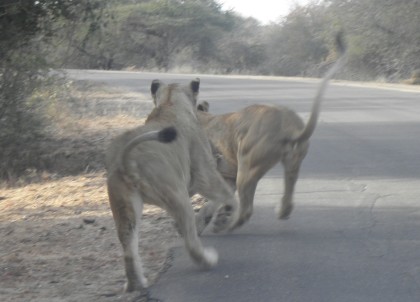 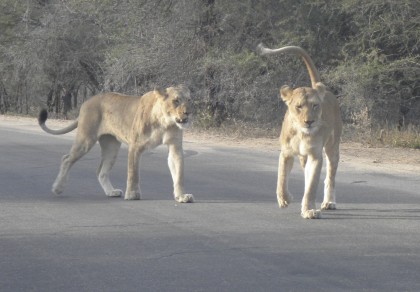 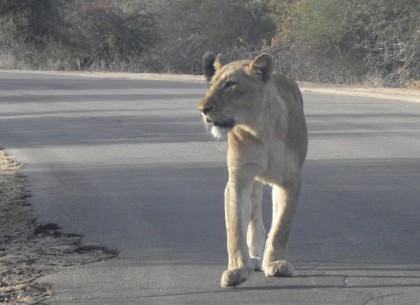 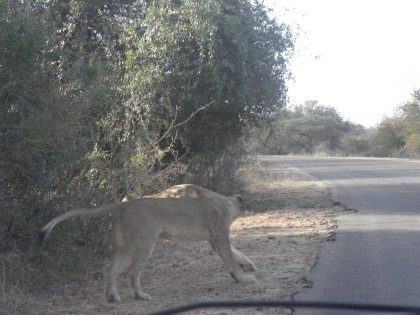 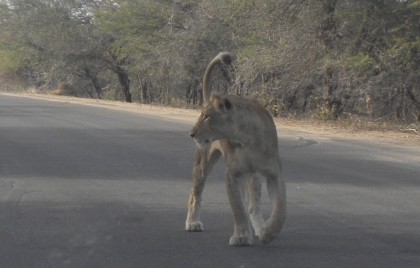 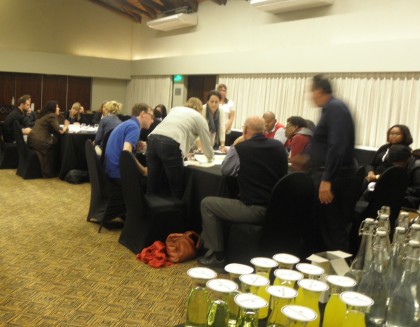 These may now have to wait till I get home at the end of the month, as I’m in danger of exceeding my quota on my hired router for the internet.