Top 5 national parks in India which aim for tiger conservation

India possesses half of the world’s tiger population, but the astonishing fact is that these ferocious creatures are in grave danger. There are only fewer numbers of tigers left in India that are on the verge of getting extinct from the earth. However, in order to contain the abating population of the tigers, the various government agencies and national parks in India are introducing various conservation programs such as the Project Tiger, nature camps and education at the school level to protect the tigers. Some of the National Parks that have undertaken tiger conservation programs are as follows:

The Jim Corbett National park is renowned as one of the first national parks in India from where the ‘Project Tiger’ was initiated. It is also the oldest national park of India. During the 19th century, there were approximately 50000 tigers all across India. In the year 1972, their population decreased alarmingly to 1800 all over India. Deeply concerned by the dwindling number of tigers, the former Prime Minister of India, Mrs. Indira Gandhi took some concrete steps to protect these species from the brink of extinction. As a result, Project Tiger was launched on 1st April, 1973 in the Corbett tiger reserve. Since then, there has been no looking back as this particular project is still proving to be successful for the tiger conservation. 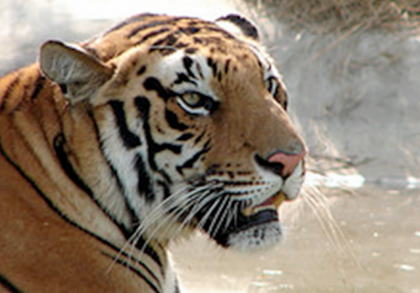 Bandipur National Park is situated in Mysore (Karnataka) that was set up as a tiger reserve in the year 1973, under Project Tiger. The population of tigers in this park has increased considerably, mainly due to the conservation efforts of the National Tiger Conservation Agency, a well-known government agency and scientific monitoring of the tigers. The monitoring of the tigers is done by the amazing technique known as the camera trap. The camera trapping project undertaken by the Wildlife Conservation Society (WCS) and the involvement of several local people and NGOs has greatly helped in boosting the population of tigers significantly.

The popular Bandhavgarh National Park is located in Umaria (Madhya Pradesh). It was declared a national park in the year 1958. Considering the large percentage of flora and fauna found in the park, it was included in the Project Tiger Network in 1993. The Madhya Pradesh government has launched many conservation efforts in this park with the help of the World Bank (WB). The funds provided by the WB are utilized to develop the necessary infrastructure and training staff for the tiger protection. M.P. Tiger Foundation Society has also been formed that collects funds from the people and NGO’s to safeguard the tigers.

Ranthambore National Park is situated in Sawai Madhopur District (Rajasthan) was declared as the tiger reserve in 1980. The main objective of the park is to protect the tigers and various other flora and fauna of the forest. When the reserve was established, there were many villages in the park that used the forest year for grazing. After the creation of the reserve, the villagers were relocated to another place to shield the wildlife. Many ecodevelopment committees have been formed to protect the forests and the special patrolling is undertaken in the regular area to prevent tigers from poaching.

Panna National Park is nestled in Panna district of Madhya Pradesh. The park is renowned all over the world as one of the best maintained parks in India. It also got the Award of Excellence in 2007. The park was created in the year 1981 and declared as a tiger reserve in 1994. The reserve boasts of an excellent wireless network that proves to be useful to take quick action in the event of poaching. Fire line maintenance work is carried out every year to prevent any event of fire in the park.

Therefore, the prominent conservation activities undertaken by the national parks in India will really save the tigers and delete their name from the endangered species list.