The needs of wildlife in captivity and the wild: Interview with Joy Tripovitch 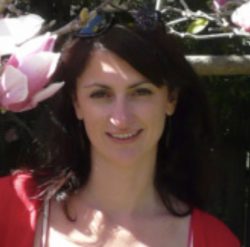 We interviewed Joy Tirpovioytch of University of NSW,one of our keynote speakers at the wildlife tourism conference in Tasmania this year, with input also from Clair Ford and Ben Pitcher of Taronga Conservation Society Australia

How important is the acoustic environment to animals you’ve studied?

Our research has primarily been focused on marine mammals (e.g. seals and whales) and so the acoustic environment is extremely important for these animals. In fact the acoustic environment is important to a number of animals (both terrestrial and marine) that use vocalisations as part of their social communication. Acoustic communication is crucial for a number of basic life functions like: breeding; navigation; socialization; foraging; and predator avoidance.

How widely are you able to generalise to other species?

In the absence of evidence based research, you could generalize with caution. For example, within species of fur seals, it would be safe to assume a certain level of disturbance could be mirrored to other species. But it would be important to recognize there are many exceptions to this rule.

However, where we have limited knowledge of a species, we can take a comparative approach, using information from other species with similar life history traits to allow us to make informed decisions in a timely manner while we gather more specific data.

What are some of the potential problems in the wild and in captivity? 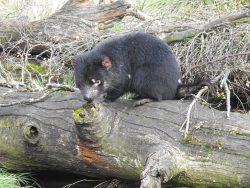 Wild animals are, of course, largely driven by resource availability, finding food, shelter and conspecifics to mate with, and subsequently rearing of offspring. One of the biggest problems is that “the wild” as we know it is retracting. We may well need to reconsider how we define “wild” as much of what may have been considered “wild” is now under some level of management or human influence. For instance, part of the solution for long term persistence of a number of Australia’s threatened small native mammal species is predator controlled areas and large fenced exclosures. Could this be the new “wild”?

Climate change is another significant factor influencing wild populations, just ask the Mountain pygmy possums! Having the diverse genetic building blocks to support evolutionary adaption and a flexible behavioral repertoire is likely to advantageous in responding to climate change.

In zoo based environments where the environment is controlled, that is, a habitat protected from resource restrictions, predators and climatic extremes, and where the effects of disease are minimised by the provision of quality veterinary care, other challenges can emerge. If the biological needs are being met then other factors become the focus, such as social needs, choice, activation, stimulation and behavioural diversity (in particular those behaviours that are highly motivated and associated with positive experiences/reward. Behavioural husbandry such as environmental enrichment is a key component to supporting animals in zoo based environments.

What advice would you offer to managers of zoos, aquaria and wildlife parks?

From our experience, it is beneficial to apply a dynamic approach to monitoring animal welfare in a zoo setting. We have been collaborating with other zoos to develop an animal welfare tool that represents a holistic approach to animal welfare. Key welfare indicators encompassing health, behaviour, nutrition, environment and affective state domains can be tracked over time ongoing and can be correlated with external factors such as special events such as concerts. By tracking negative and positive animal welfare indicators, management decisions can be evidence based and action plans can be developed before subtle changes in animals progress to more complex issues. Further, as our understanding of animal welfare advances, our standards must advance too. What was considered optimal animal husbandry 30 years ago is probably not considered optimal today, and today’s standards will change in the future.

We should also acknowledge not all species thrive in captivity and careful consideration to species selection is vital not only for animal wellbeing, but meeting the conservation goals of zoos.

What advice do you have for tour guides?

Tour guides have an important role to play fostering appreciation of wildlife. Not only do they facilitate memorable connections between people and wildlife but 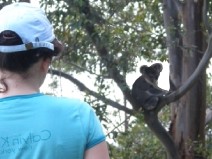 they are well placed to promote responsible wildlife tourism, especially wildlife tourism that supports positive animal welfare outcomes. Tour guides can encourage tourists to ask key questions about wildlife experiences to make their own assessments as to the impact on wildlife.

We all want to protect the animals we so very much enjoy watching – so the main message would be to try and take a slow approach to animals and try to consider the situation from the perspective of the animal. Be aware of noise levels, minimise smells (such as petrol fumes) and observe the animals for heightened aggressive interactions, as human disturbance can potentially displace animals and cause fighting. You really want to watch and be aware of the animal’s behavior and be aware of the acute senses many species have compared to humans.

Recent research findings from Africa have shown the cumulative impacts of human disturbance on cheetah cub survival (https://www.wildcru.org/news/cheetah-cub/). In areas with higher tourist visitation, cheetahs raised on average one cub less per litter than in areas with fewer tourists. These findings highlight the need for industry wide approaches to animal welfare as, even if operators individually are promoting good welfare, the cumulative effects of many operators can have negative outcomes. 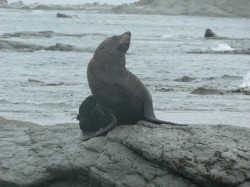 What research do you see as most urgently needed in this field, both for your own target species and for others (both marine and terrestrial)?

There are a number of pressing issues in this field. For example there are large gaps in our basic knowledge of vulnerable species that are still needed before we can effectively assess the impact of certain activities on animals.

Broadly, we need to develop tools to allow for cost effective welfare assessments of wild animals. In the past, wild animal welfare has typically been assessed at a population level through measures such as population size trends. In the future we hope to be able to assess the welfare of individuals within a population to gain a better understanding of how specific animals are impacted by human activity and environmental change.