Tourism and Conservation in the You Yangs

Tourism and Conservation in the You Yangs

On my recent visit to Geelong to assist in preparations for the wonderful wildlife tourism conference that will run in late September, I also visited the You Yangs (a small mountain range near Geelong) with the Echidna Walkabout team and some volunteer workers. 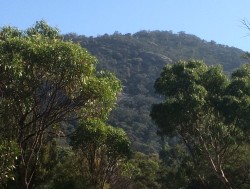 The eucalypt forest of the You Yangs has been invaded for many years by boneseed, an introduced shrub of the daisy family that makes it difficult for koalas to walk through when they come to the ground to change trees.

Echidna Walkabout have been working cooperatively with Parks Victoria, bringing n volunteers to pull these weeds by the roots, and have been making a real impact. 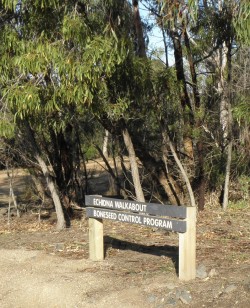 While there, we also searched for koalas.

This is the first one we found, and he soon decided to descend from his tree, head deliberately through the bush, mark his territory (rubbing his chest glands) against the trunk of one eucalypt before climbing and settling down in another. 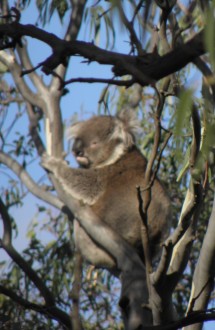 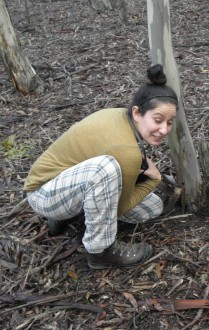 The scent he left was pretty strong!

When we found our second koala, two volunteers, myself included, took turns to make notes on her behaviour while the others  pulled weds.  These notes are collated by Janine Duffy, who will be telling us more about their research at the wildlife tourism conference in Geelong this year

We also found the most famous of koalas, Clancy, and heard a reading of a children’s book about Clancy and the You Yangs work: see http://www.echidnawalkabout.com.au/koala-clancy-book