More bird groups will soon be added to the links below

Australia has over 850 species of birds and 46% of these are endemic (found nowhere else).

Australia also has the world’s highest number of seabird species (about 80), and supports very high densities of migratory waders that travel from countries, mainly further north.

Rattites (large flightless birds) are found only in the Southern hemisphere continents, and Australia has two: the emus of open heathland, woodlands and desert, and the cassowary of the northeastern rainforests. 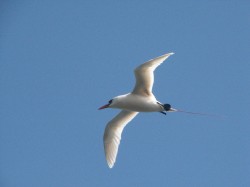 Laughing kookaburras are iconic Australian birds – the largest of the kingfishers  with a very distinctive laugh.

Primitive songbirds (passerines) are found in Australia and New Zealand and it is thought by some researchers that the ancestors of the world’s songbirds originated in our part of Gondwana.

Lyrebirds, the world’s best mimics, are amongst the ‘suboscines’ or primitive songbirds. They also do an incredible courtship dance with their wonderful shimmering tails held fountain-like above their heads. They are found nowhere else in the world.

Birds of Paradise are identified mainly with New Guinea, but Australia has four species (3 in far north Queensland, one in southeast Queensland and New South Wales)

Bowerbirds are found only in Australia and New Guinea.  The male makes and decorates an elaborate bower to attract females.

Where to see them.

Emus are common in the outback and a few coastal heathland areas.  Cassowaries are confined to north Queensland forests. Both can be seen in many zoos and wildlife parks. Lyrebirds are in dense south eastern forests up to southeast Queensland,  bowerbirds in northeastern forests and woodlands. Honeyeaters and parrots are found throughout Australia, although of course different species occupy different parts.

There  are several excellent guidebooks to refine your search, and various tour companies offer birding tours or accommodation in great birding sites. Please explore our members pages for tours, accommodation and wildlife park housing some of the species less easy to see in the wild. Some suggestions of particular tour companies etc. are also made in the links below.