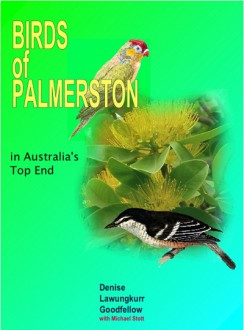 Denise Goodfellow has been described as a Northern Territory treasure. She has worked as a biological consultant, conducted countless bird guiding tours for domestic as well as overseas tourists and has an incredible knowledge of the fauna and flora we all enjoy in this very special part of the world.

Many years ago Denise was adopted into an Aboriginal family.  She has worked tirelessly to assist her extended aboriginal family to overcome the barriers so many of them faced dealing with the bureaucracy and requirements of another culture.  Well before it became fashionable to raise cross cultural awareness Denise was quietly doing what she could to assist with cross-cultural issues in a very practical way.

Denise has been much sought after as a speaker and lecturer in other parts of Australia and overseas including the United States of America and Asia.

She is able to mix her scientific knowledge with entertaining stories of her own experiences with Aboriginal people and as an ornithologist and nature lover. 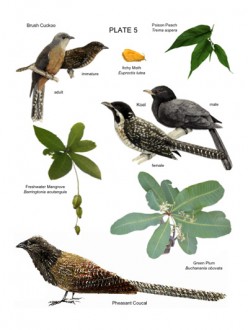 – taken from the book “Birds of Palmerston”

She is passionate about the environment in which she lives and is a great advocate for retaining our native heritage and preserving the best but often fragile aspects of the natural world.

Denise is the author of a number of books including her own autobiography and books such as ‘Common Birds of the Darwin Area” and ‘Birds of Australia’s Top End”. With the assistance of her partner Michael Stott, Denise now brings us ‘Birds of Palmerston”.

Palmerston began as a satellite town of the City of Darwin.  It has grown into a city in its own right with a rapidly expanding population.  This means, new suburbs, clearing and building.  However it is still filled with a stunning variety of birds that bring a great deal of joy to an increasing number of residents.

‘Birds of Palmerston” can be used as a reference book or just an enjoyable read.  The detail and descriptions are easy to follow, interspersed with fascinating little anecdotes and words of advice and filled with exquisite illustrations.

It is a book that you may want to read sitting in your garden or refer to as you walk through the parks and byways of Palmerston.  It is a book that will bring joy to bird lovers the world over including those fortunate enough to live in Palmerston.